Email ThisBlogThis!Share to TwitterShare to FacebookShare to Pinterest
Labels: Iran

Damon Rosen telling the TRUTH from Qiryat Shemona.
Posted by Unknown at 1:01 pm No comments:

CAMERA Op-Ed: The Media and the Missing Abu Jihad

Frb. 15, 2017, Fatah, the movement that dominates the Palestinian Authority (PA), announced the appointment of Mahmoud al-Aloul –a convicted and unrepentant terrorist whose nom de guerre is Abu Jihad (“Father of Jihad”)—as deputy to its chieftain Mahmoud Abbas. Although the PA is a significant

In his early years, Abu Jihad participated in numerous terrorist attacks as an operative for the Palestine Liberation Organization (PLO), which was then a U.S.-designated terrorist group. His mentor was the arch terrorist and Fatah founding father Khalil al-Wazir, who also went by the name Abu Jihad. Among other atrocities, Al-Wazir oversaw the assassination of US diplomats in Khartoum, Sudan, in March 1973 and was also responsible for perpetrating and planning numerous terrorist attacks against Israelis, including the 1978 Coastal Road massacre, in which 38 civilians, including11 children, were murdered.
Israeli commandos killed al-Wazir on April 16, 1988 in Tunisia. Al-Aloul subsequently became his successor and, as a result of the 1990s Oslo process, entered politics, serving first as governor of the Nablus region and later joining the Palestinian Legislative Council and Fatah's Central Committee.

One might expect the transition from terrorism to government—while common in Palestinian politics—to be uneven. Abu Jihad, however, has continued to vocally support terrorist attacks.

According to Palestinian Media Watch (PMW), a non-profit organization that monitors Arab media in eastern Jerusalem, the Gaza Strip, and the West Bank (Judea and Samaria), al-Aloul has praised acts of anti-Jewish violence. Al-Aloul has referred to the establishment of Israel as the “greatest crime” and called Palestinian terrorism a “legal right.” He has met with the families of terrorists and called Dalal Mughrabi, a Fatah operative who participated in the Coastal Road massacre, a “legend that will not die.”

Despite serving as deputy to a man, Abbas, who is frequently described by media outlets as “moderate” and a “peace partner,” al-Aloul exhorted in Nov. 2016: “When we talk about our enemies we talk about the occupation and the United States.” As the Committee for Accuracy in Middle East Reporting in America (CAMERA), has noted, the term “occupation” is frequently used to refer to the presence of the Jewish state of Israel on any land that was, at any point in history, ruled by Muslims.

Eight weeks before he was announced as Abbas's deputy—the first such appointment in Fatah's nearly sixty-year history—al-Aloul declared on official PA TV that the Oslo accords had “died a long time ago.” However, Oslo birthed the PA. And both the U.S. and European Union, among others, give copious aid to the authority based off Oslo's promises, including then-PLO head Yasser Arafat's claim to work for a “peaceful resolution of the conflict between the two sides” and “that all outstanding issues relating to permanent status will be resolved by negotiation,” as he stated in a Sept. 9, 1993 letter to then-Israeli Prime Minister Yitzhak Rabin.

Al-Aloul's superior, Mahmoud Abbas, is an ailing octogenarian autocrat who has actively worked to suppress rivals to power and is currently in year twelve of a single elected four-year term.

Yet, his decision to elevate al-Aloul as a possible successor has been widely ignored by major media outlets. Indeed, despite numerous articles and Op-Eds on the future of the “peace process,” The New York Times, The Washington Post, USA Today and others have failed to so much as offer a report on al-Aloul in the six-months since he was appointed. During this time, The Post's Jerusalem bureau has filed dispatches on Palestinian pigeon ownership (“An old pastime thrives in a Palestinian enclave,” Aug. 13, 2017), a Palestinian winning an ‘Arab Idol' song contest (Feb. 26, 2017) and the Palestinian used car market (“How junkyard cars from Israel have become deadly Palestinian treasures,” March 29, 2017)—along with numerous reports on Israeli political developments.

And it's not as if the media is unaware of who Al-Aloul is. A March 15, 2011 Post dispatch (“Palestinians rally for unity in Gaza, West Bank”) described a gathering in which “Mahmoud al-Aloul, a senior Fatah official, threw his arm around Hussein Abu Kweik, a Hamas leader, in a show of brotherhood.” An Aug. 23, 2013 report by then-Jerusalem bureau chief William Booth even uncritically quoted Abu Jihad's claims that Israelis “do not want a peace process.” The paper, describing al-Aloul as “the former governor of Nablus district,” omitted his record as a convicted terrorist. (“Fatal West Bank clash threatens peace talks, Palestinians say”). Similarly, The New York Times quoted al-Aloul in a Jan. 6, 2005 report entitled “As Abbas Runs, Skeptical Militants Wait and See.”

Those “skeptical militants”—the term “terrorist” is more apt—are now rising in Palestinian politics. As CAMERA detailed in a Sept. 5, 2017 report on the underreported group, al-Aloul is a member of the Tanzim faction of Fatah; a cadre of operatives that is a generation removed from the movements' founders, with whom they hold a fractious history. During the Second Intifada, the Tanzim—at the behest of Palestinian leadership—played a key role in carrying out terrorist attacks.

Grant Rumley, an analyst with the Foundation for the Defense of Democracies, a Washington D.C.-based think tank, noted in The American Interest that the three likeliest contenders to replace Abbas are “Marwan Barghouti, Jibril Rajoub and Mahmoud al-Aloul …all represent a significant shift of power back to the Palestinian street. And all three figures have connections to the Tanzim…”

In Palestinian politics, the ground is shifting to a newer caste of leadership. And much of the media is nowhere to be found.

Watch: Sukkot celebration in the Tomb of the Patriarchs


https://youtu.be/HcJAdvw74ts
Posted by Unknown at 8:58 pm No comments:


The IDF released on Sunday an inventory of weapons recovered from the attempted Iranian shipment to Gaza last week on the intercepted freighter Klos C.

After detailed analysis carried out by the Engineering Corps, the IDF found 40 M-302 rockets, with a range of between 90 to 160 kilometers, hidden in crates.

“These are advanced weapons that were intended to threaten the security of millions of Israeli civilians. The IDF will continue in its mission to prevent arms smuggling across the Middle East to various terrorist organizations, under Iranian cover and funding,” the military said in a statement.

Before being intercepted, the ship was heading for Port Sudan, where the Iranian Quds Force had planned to pick up the rockets and move them overland via Egypt and into Gaza through smuggling tunnels, the IDF determined.


According to Military Intelligence, Iran originally flew the rockets from Syria to an Iranian airfield a number of months ago, before trucking them to the Iranian port of Bander Abbas, where they were loaded onto the Klos C.

On Saturday, Israel Navy ships escorted the commandeered freighter to Eilat Port after intercepting it last week in the Red Sea, some 150 km. from Port Sudan and 1,500 km. from Israeli shores.

Islamic Jihad was one of the intended recipients of the rockets, and Hamas is also assumed to have been a recipient.

IDF intelligence assessments say that Iran’s Quds Force organized the shipment.
The ship’s crew is believed to have picked up the crates without knowing their content.

1. While BDSers like to claim that they are being “silenced” or “intimidated” from Israel’s defenders, here’s a video that shows the BDS trying to silence and intimidate an Israeli.

In any case, the student union at Galway voted to adopt BDS.

2. If there is one thing that’s certain when Israel Apartheid Week kicks off in South Africa, it’s that Desmond Tutu will make the news with another tenuous comparison of Israel to the former apartheid regime there.

Meanwhile, Ynet reports on the high demand for Israeli products in the Gaza Strip.

4. Brooklyn College issues event guidelines in response to BDS event last year where four Jewish students were removed on false pretenses. Last year’s event featured Omar Barghouti and Judith Butler. The college ultimately cleared the organizers of discrimination, citing that the students were removed for their political viewpoints, not the fact that they were Jewish.

Posted by Unknown at 4:57 pm No comments:

The Captain Realized Resistance was Futile 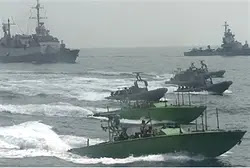 One day after IDF Navy commandos stopped a ship carrying missiles from Iran to Hamas, IDF intelligence officialsestimate that the seizure of the ship before it reached its target has led to fury in the IranianNational Guard, headed by the Al Quds force, and to an investigation into what went wrong.

The Israeli defense establishment believes that Iranian activity along the so-called “southern route” will be halted for the next few months, but that it is quite possible that Iran will continue to make every effort to transport weapons to terror groups through other routes.

A senior IDF officer said that there is tension between Iranian president Hassan Rouhani, and the Quds Force commander, Kassem Sulimani. The tension stems from Rouhani's strenuous objections to actions of this type, and the fact that he places internal issues at the top of his agenda. The officer said that Rouhani and Foreign Minister Mohammed Javad Zarif, they may harm efforts to reach an agreement with the West on Iran's nuclear program.

Asked about US involvement in the commando attack, the officer said that the US was informed of the relevant details ahead of the raid, but did not take an active part in collecting information that led up to it.

A senior naval officer said that “all of the possible ways” to stop the weapons smuggling to Gaza were considered before a decision was made to use the naval option.

"The main difficulty was locating the ship at sea at a distance of thousands of miles,” he explained. “It was like finding a needle in a haystack. We also took into account the danger of being discovered and the great distance from Israel's shores.”

The officer added that the IDF took into account “extreme scenarios,” including “a ship with explosives, exploding terrorists, including booby-traps on board, and for that reason, we were accompanied by experts in bomb disposal and a great variety of combat fighters and tools of various kinds, including two missile ships, a helicopter, and fast and efficient ships.”

As for the timing and location of the operation, the officer said that various factors were taken into account, including the height of the waves, “We were concerned that the ship's crew would think that we were pirates, and that is why we identified ourselves from the outset as the IDF, and when the captain looked right and left, he saw two Navy missile ships, including additional vessels – and it was a show of force he could not resist, and therefore the boarding of the ship was quiet.”

The officer said that the Turkish captain and the rest of the crew did not know that there were weapons on board. 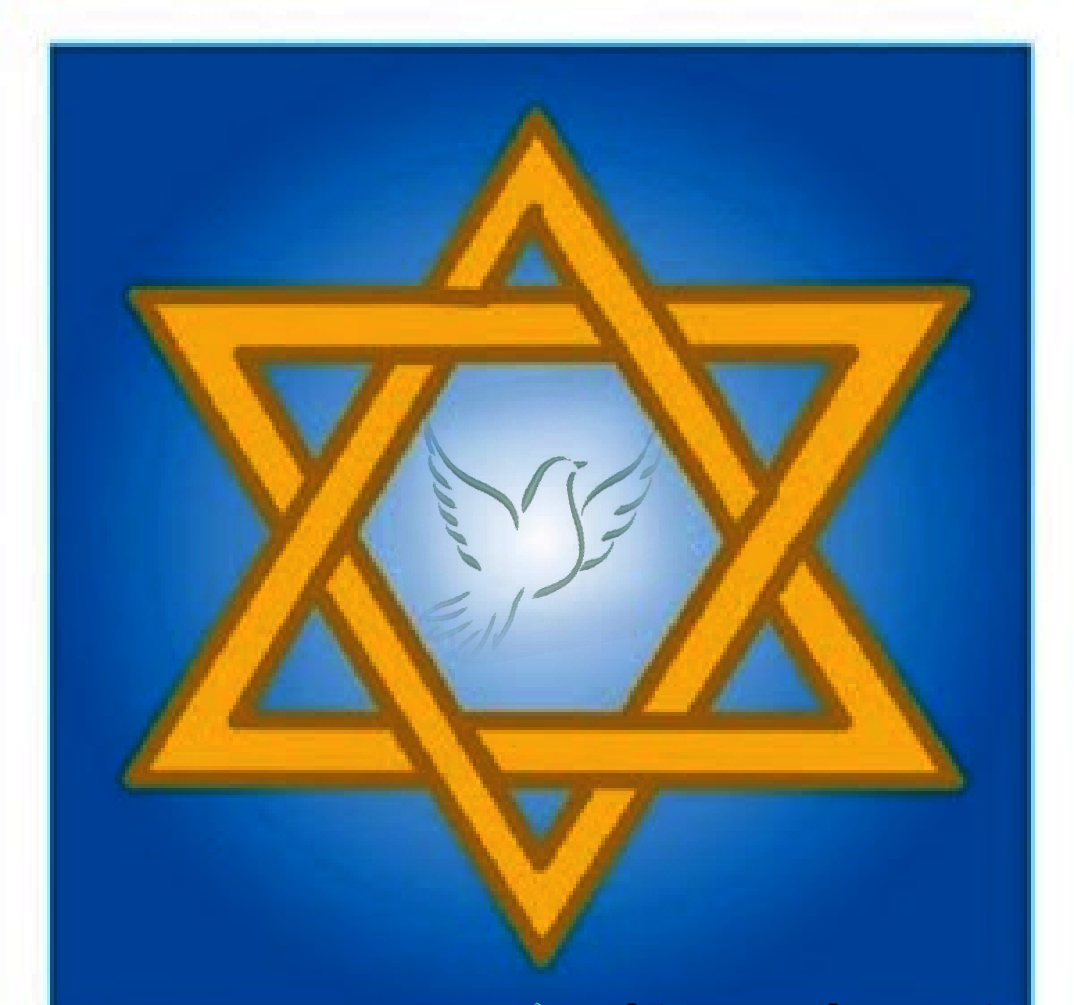